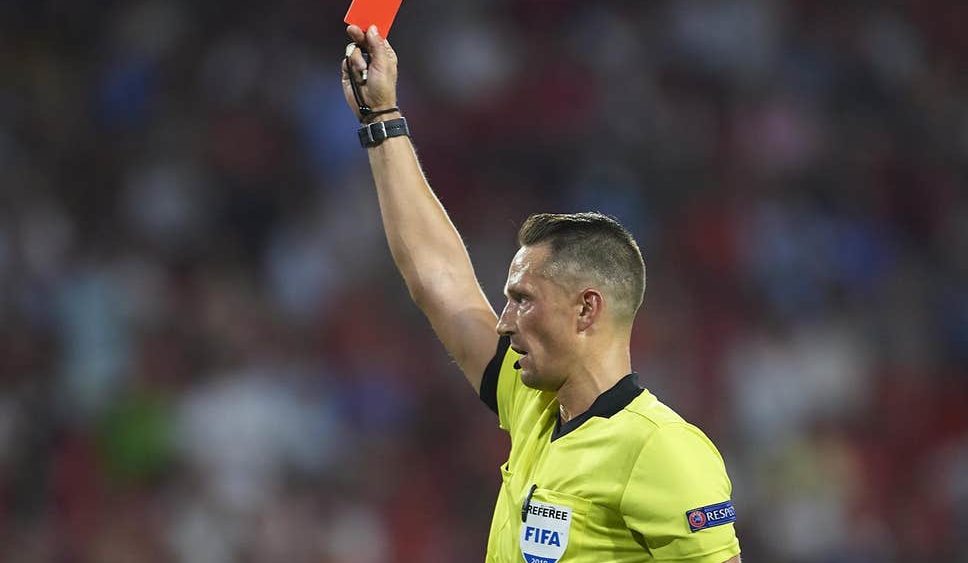 We spoke to our Head of Compliance, David Goldie about the topic and process of terminating a crew members contract.

I continue to receive phone calls and emails from Captains asking the best way to fire a crew member. Or in HR speak ‘Terminate a crew members contract’.

On most occasions the reason is valid so the procedure is quite straight forward…… Subject to the correct procedure being followed.

On all MLC certified yachts the crew member will have a ‘Seafarers Employment Agreement’ (SEA) which includes those ‘Private’ yachts that have taken out ‘Voluntary Compliance’.  In fact I find it hard to believe that todays modern ‘Savvy’ Seafarer would join a yacht without some kind of employment contract.

The SEA, and articles within are the first and most important steps in providing protection for the yacht and seafarer alike.  Make sure that the SEA covers all the major points required under MLC (Listed in Annex 1 to MGN 477) paying particular attention to Part 1 – Section 7 which covers ‘The period of notice of termination required and the circumstances in which such notice may be given’.

The period for ‘Notice of Termination’ follows three basic rules which are;

In general the industry standard is 30 days for most crew which is sometimes increased to 60 days for key HODs and 90 days for Captains.

Should either party wish to terminate their contract they may do so by activating the relevant article in their SEA without giving a reason.

Should the yacht wish to terminate the Contract with immediate effect or any period within the defined ‘Termination Period’ they MUST have a valid reason that the crew member cannot challenge.

Within the SEA the ‘Reason for Termination’ is where ‘The Company’ has free rein to list the topics that they feel are unacceptable. Remembering that the potential crew member will also have to agree that they are grounds for dismissal and of course should only include reasons that are deemed as ‘Legal’.

I once proof read an SEA that listed one of their reasons for dismissal was – ‘Should any female crew member require a dress size of 12 or greater’…..

The ‘Reasons for Termination’ should include the policy on Drugs and Alcohol, Performance, Attitude, Bullying or Harassment and basically anything that if contravened would be agreed by both parties as ‘Gross Misconduct’ and therefore ‘Grounds for dismissal.  (I would stay clear of the Dress Size clause previously mentioned).

Try to be succinct when producing the company/yacht SEA as too many clauses can lead to Grey Areas should any situation unfortunately end up in court or a tribunal.  I have seen some SEA’s consisting of 4 pages and some at 14 pages with annex ‘A’, ‘B’, and ‘C’ which under scrutiny both said the same thing.

Many companies have the SEA approved by the owners legal team which is a good idea but be aware that they may have no knowledge as to the requirements of the MLC.

There are occasions where the actions or performance of the seafarers do not require Immediate Dismissal or where the Captain accepts that it was a ‘One Off’ or ‘Error of Judgement’.  This is where a stern talking too can be sufficient leaving the crew member in no doubt that they have messed up.

This is where it can start to go wrong…..

MAKE SURE THAT THE WARNING IS DOCUMENTED

This can be by way of a ‘Written Warning’ dated and signed by both parties. It can also be entered in to the ‘Official Log Book’ but crew confidentiality can be an issue.  I would certainly recommend that a copy be sent to shore management and in the Captains Log should they maintain one.

Should the same seafarer have another Error of Judgement a second warning can be given, again making sure that it is in writing and documented.

What the yacht is doing is building up a past history of misdemeanours leading to the eventual dismissal.  The yacht now has the evidence to show that the crew member has received a number of previous warnings which they have obviously not learned from.

Without a documented history or ‘Warnings’ the yacht will more often than not be required to activate the ‘Notice of Termination’ clause in the SEA and give them the 30, 60 or 90 days’ notice.

Termination of a contract for ‘Gross Misconduct’ can be instant (As long as it is listed within the contract) without waiting for the defined Termination period of 30 or 60 days.

Terminating a contract for ‘Repeated Offences’ should have documentary evidence that the latest Error of Judgement is the latest in a sequence of previous offences or warnings.

The evidence of previous warnings will place the yacht in a favourable position should the departing seafarer feel that they have been unfairly treated or ‘Sacked without Warning’.

Written by our Head of Compliance – David Goldie