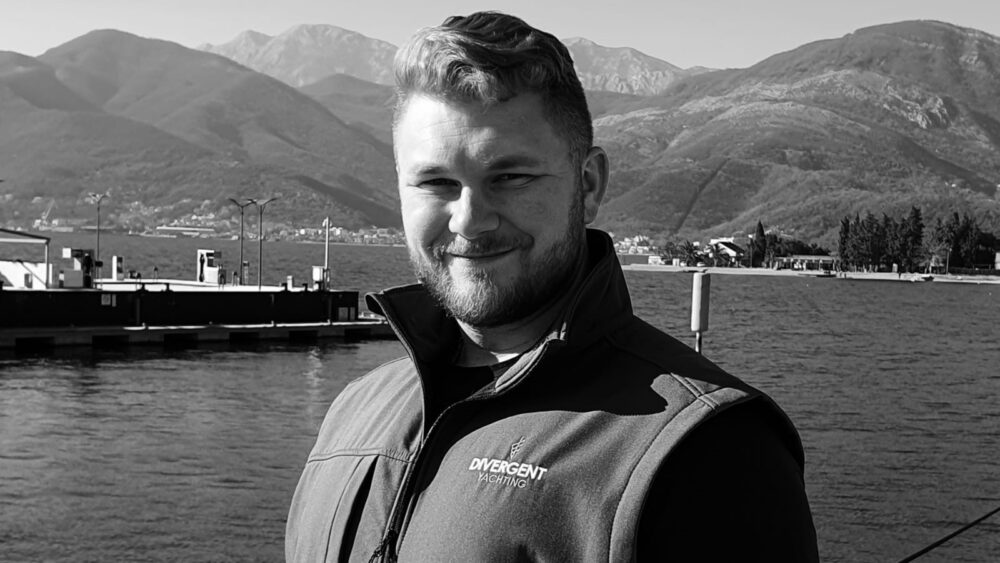 A new arrival to Divergent Yachting

Welcome the new arrival to our Divergent Yachting team – Matthew Drew. He joins our Yacht Management team as one of our DPAs and ISM Compliance Managers.

Since going to sea in 2010 with Princess Cruises, Matthew has operated commercial Passenger Ships and Yachts across the world. During his time in the Superyacht industry he has been senior build and operational crew on 2x 100m+ REG Code Part B Yachts over the last six years. As an Unlimited Master Mariner he brings a wealth of knowledge and experience as DPA, as well as to the build and operational team.

Matthew grew up in Poole, on the South Coast of the UK where he harboured a love of the sea from an early age. He was awarded a Commercial Cadetship with Princess Cruises upon completing his A Levels at Poole Grammar School. During his time in the Merchant Navy Matthew also earned his BSc Hons. Degree in Marine Operations Management through distance learning. He was also privileged to work with the Discovery Channel during his time at Princess Cruises. After five years at sea, Matthew was given the opportunity to join the build team of a 107m Explorer yacht in Norway as Safety Officer. He worked there through to delivery and the first Med season before going on leave to study for his Chief Mate Unlimited license. During this time, Matthew was approached for another build in Northern Germany on a similar sized project. Shortly after delivery he was promoted to Chief Officer. Over the last five years he has operated between the Mediterranean and Middle East, dealing with everything from the Monaco Yacht Show to Piracy in the Gulf of Aden. Matthew joined Divergent Yachting early in 2021 taking over the DPA role for our fleet of Yachts, including the worlds largest private sailing vessel.